Marketing Director Sarah Marr is one of the first faces you see when considering Ardenwoods Retirement Community. Sometimes she gives presentations to large groups.

Sometimes she’s even on TV. 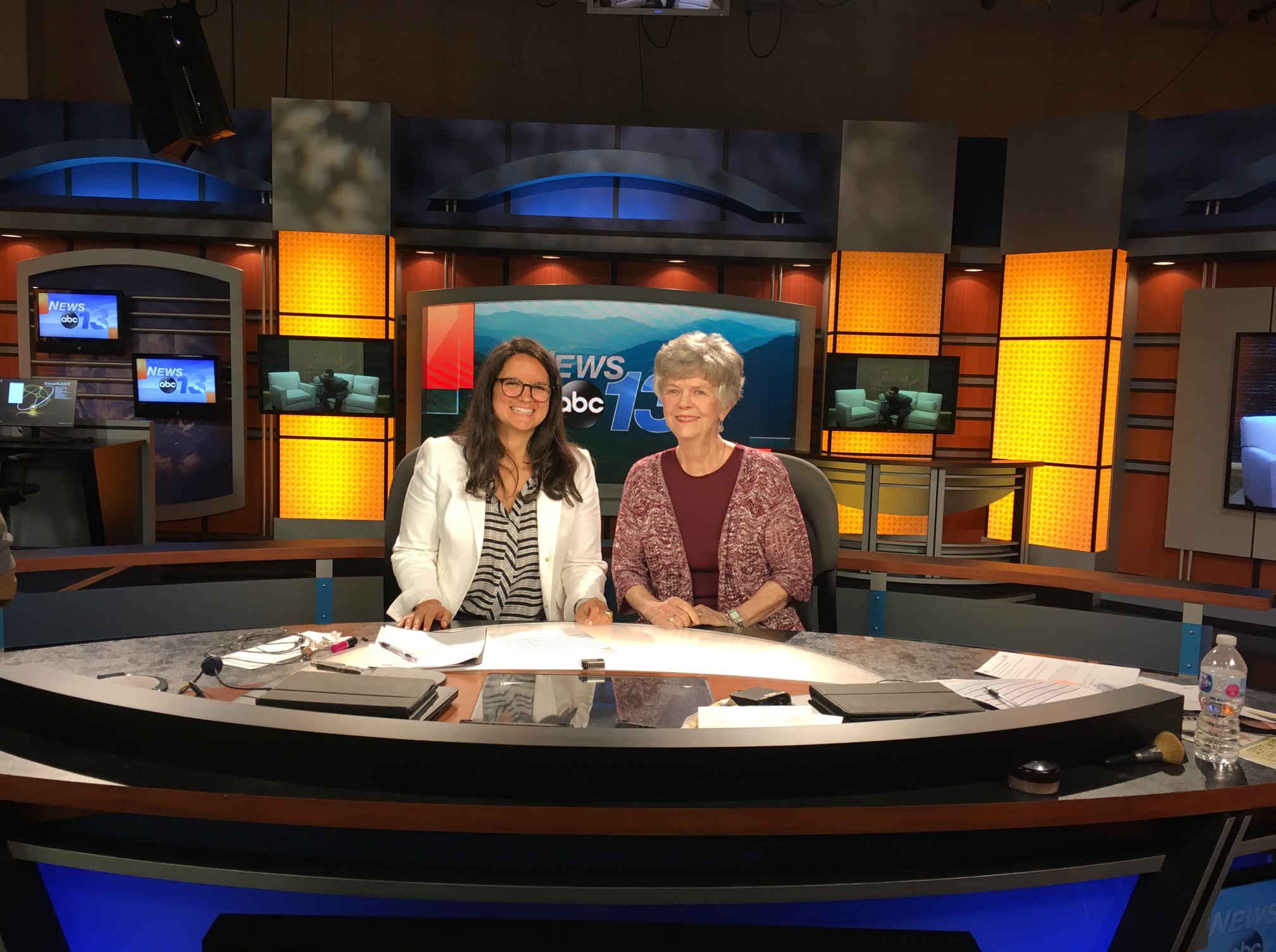 It’s more likely, though, that you’ll talk to her on the telephone and then meet her in person for a tour of the community. That’s when you get the first impression: SHE IS AWESOME! The good news?

After you move into Ardenwoods, you’ll find that Sarah really does care about the residents. She likes meeting lots of interesting people with cool life stories and “feels like [the residents] are part of my family.” 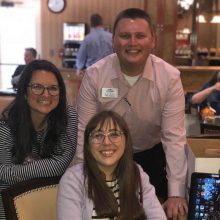 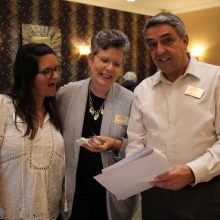 While she may be lighthearted and fun, family is something she takes very seriously. Let’s go back a few years… 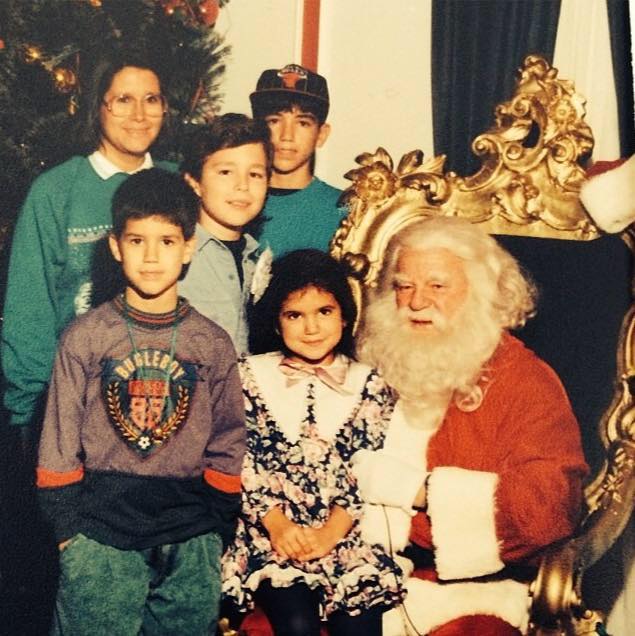 Sarah is flanked by her three older brothers and her mom for this Santa portrait.

Growing Up in Virginia 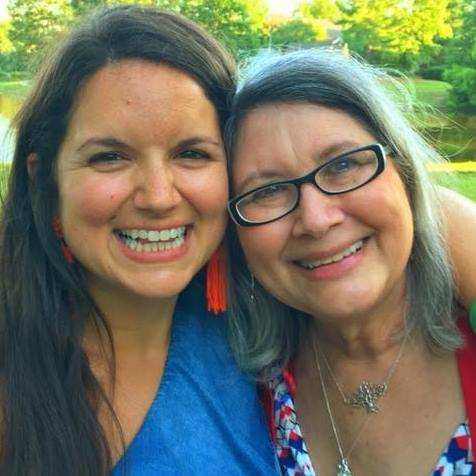 Sarah with her mom Sandy

Sarah came from a very close family, with both sets of grandparents living within 10 miles of her home near Richmond. She and her brothers have always had a good relationship with each other and their extended family.

They spent all day together EVERY Sunday after church at her grandparents’ house. She can’t remember missing a Sunday with her family. Aunts, uncles, and cousins gathered after church and had lunch together. They spent the rest of the day playing games, working in the garden, and hanging out eating dinner together before going home. This makes for a close extended family, so they just go ahead and have a big family reunion every two years now that the kids have all grown up.

Sarah speaks so lovingly about her grandparents that we had to learn more. What were they like? What did she do with them? 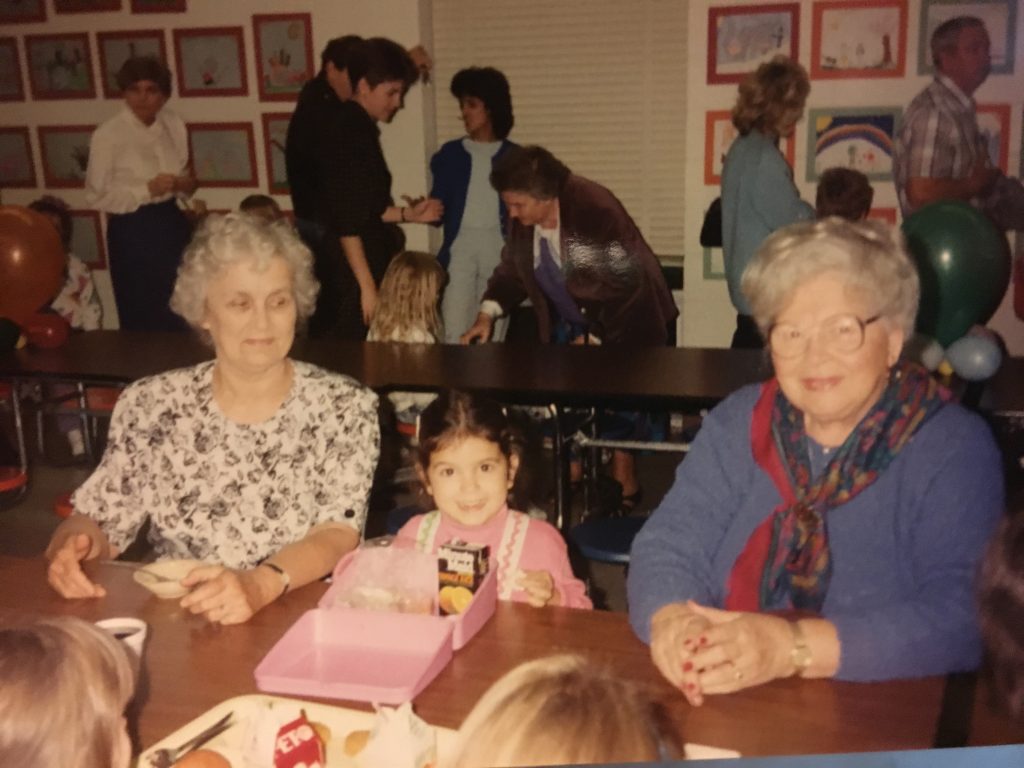 A happy young Sarah has a grandmother on each side.

She spent most of her time with her grandmothers, who were very different ladies. Her father’s mom had a huge garden and Sarah remembers picking blackberries and tomatoes as a child and learning to cook in her grandmother’s kitchen. Mrs. Marr also worked at a telephone company, in a job traditionally held by men – a real role model!

Sarah’s maternal grandmother worked at a grocery store and shared her love of volunteering with her young granddaughter. The two often went to the local hospital together. Sarah particularly enjoyed outings that involved hanging out with her grandmother’s friends – listening to their stories.  Some of Sarah’s favorite childhood memories were from Friday nights. She begged her parents to let her go to her grandmother’s house where the two climbed into bed and watched episodes of Dateline and 20/20 together. Her grandmother had a TV in her bedroom!

When Mrs. Luck was in the hospital at the end of her life, Sarah stayed with her and helped her paint her nails.

It’s these personal experiences that make bringing seniors a good quality of life in retirement so fulfilling.

The Move to Asheville

Sarah graduated from Roanoke College where she majored in Sociology and Communications. Her first job out of college was running a regional YMCA summer camp. She volunteered at the YMCA starting at the age of 15. She did everything from teaching ballet to being a camp counselor, and working with Big Brother/Big Sister programs. This, of course, was in addition to schoolwork, field hockey, and dance.

She worked at a boarding school for kids with autism as well as with adults with disabilities before coming to Ardenwoods in June 2013. When asked about the career change, she says that her jobs have all had similarities, it’s the people who are different. 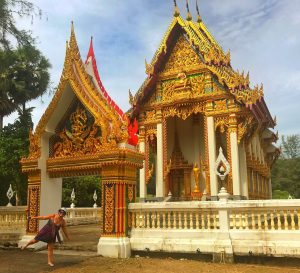 Sarah and her longtime boyfriend Adam love to travel. In fact, they’re going to Europe in December 2018 for a couple of weeks. “He’s a great planner,” she says, so they get to enjoy a lot of local experiences when they travel. During football season, they’re usually going to Clemson, but in the off-season, it’s somewhere else on the globe! 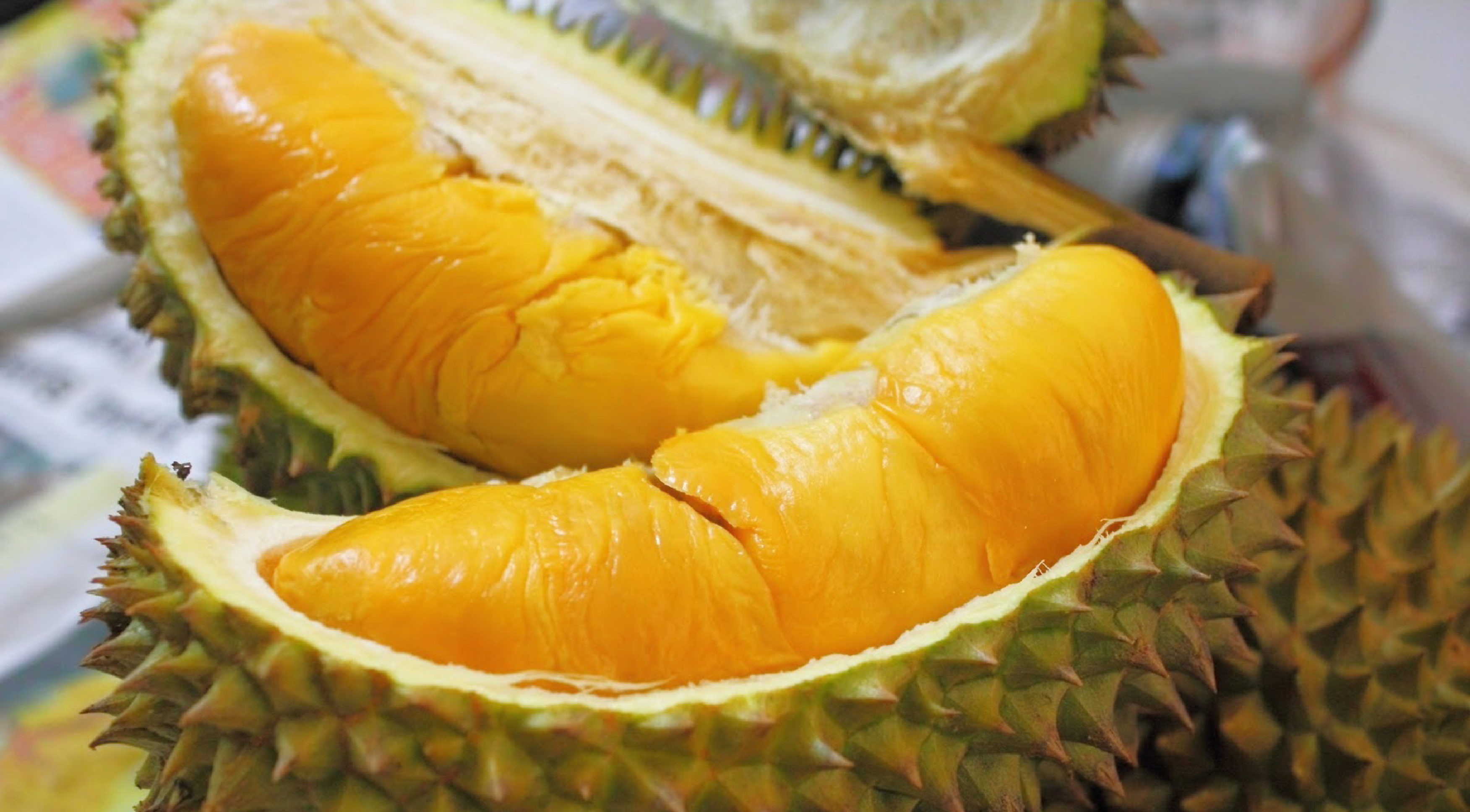