Members of the Ardenwoods Retirement Community come to Western North Carolina from all over. Thus, it’s no surprise that their travels have taken them around the world.

Ask residents about travel, and watch their eyes light up. In fact, the idea for this post came from a discussion with John Kiefer. He just happened to mention that he’s been to 73 countries. Wow! Let’s hear more.

In the 1960s, he was stationed on the Bahama Islands for eight years. Every two years he got 3 months leave, so he decided to start traveling. His first leave was spent driving all over the United States. The next time he got three months? He traveled all over Europe. He had the bug. 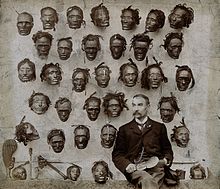 Later on, he did a lot of traveling for work. When asked how he enjoyed his trip down the Amazon with drug runners, he smiles and says, “They were nice.” He spent a week in Borneo with headhunters*. Most of his travels for work, though, involved traveling from the United States to Holland six times a year. So, when he retired he had close to 1.5 million frequent flyer miles. He and his wife enjoyed many flights together “when the seats were more comfortable.”

They loved South Africa, even though it wasn’t very safe. Clearly, we have more questions for Mr. Kiefer.

Hedi Pope stopped by and we found even more great information about her travels. Her husband had a work assignment in El Salvadore, so she went with him and they took their two children as well. One of their children was only four months old!

These great stories just lead into the many travels of Dixie and Rufus Fisher. Stay tuned for more about this dynamic couple. They’ve been to 35 countries and all 50 states, but they know something about small worlds. They met in college in Louisville, KY even though they had grown up only nine miles from each other in Gaston County, NC. Read more!

*Trivia – If you Google “headhunters in Borneo,” the first results are people who will help you find a job.